Adam and I spent last Saturday night with Robertsdale High School’s 2001 Alumni. (go bears!) It was a ten year reunion to remember and we had a blast being a part of the entertainment. We were there to set up a photo booth and capture all the fun that will later be put together in a video to show all 1400 eventful photos!! Until then I decided to pick out a few of the best ones!! After the first few people stepped into this photo booth, no one was shy and the camera never slowed down the rest of the night.

At first, some were a bit confused and no one knew what do to…

It did not take long for the ideas to start rolling. 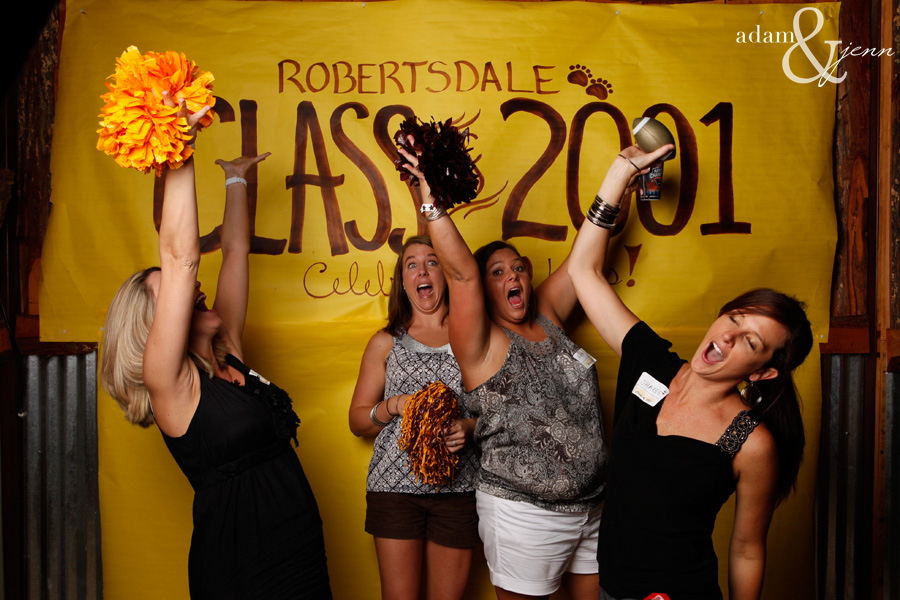 Soon everyone was trying to spell for the camera! 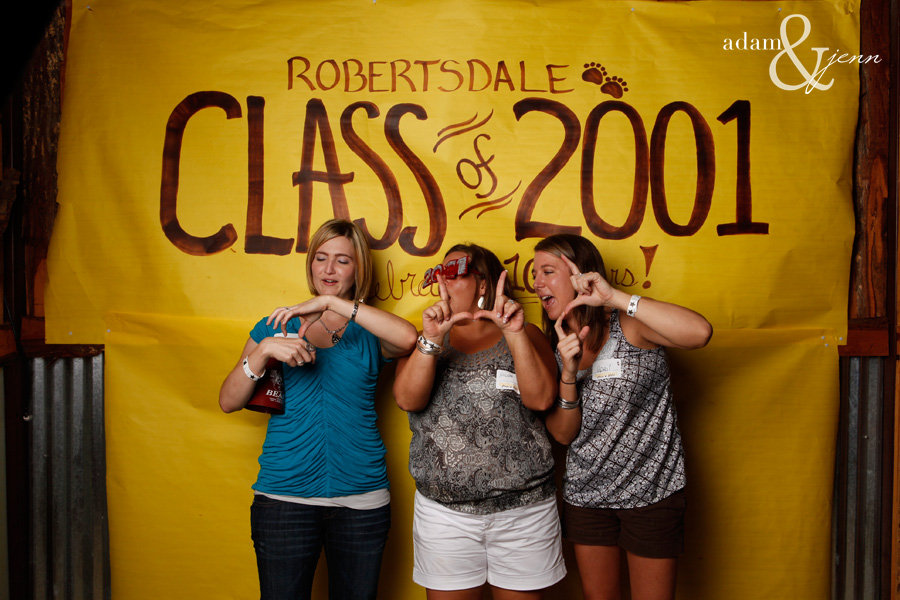 Some were more successful than others 🙂

A few became very comfortable with the photo booth and got to close!

Unfortunately  all good things must come to an end. 🙁

We had such a great time with everyone that came out! Good Luck to everyone from the class of 2001!!!

We will have the video posted soon.